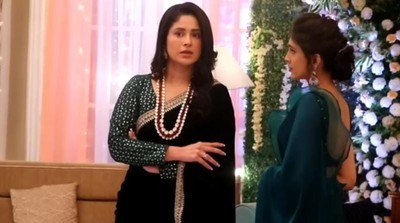 Pihu's resemblance with Ram is so prominent that even Nandini doubts if she is his child.

Nandini is the only one who is aware that Priya was pregnant with Ram's child and not Krish's.

Seeing Pihu leaves Nandini worried and she feels insecure that he might get united with Priya because of Pihu.

Further ahead, she expresses her concern with Vedhika, and they both plan to keep Ram away from Pihu.

However, Pihu not only meets Ram but also develops a cute father-daughter bonding with him.

Pihu mistakenly drops Ram's drink but instead of getting angry, he gets happy seeing her again.