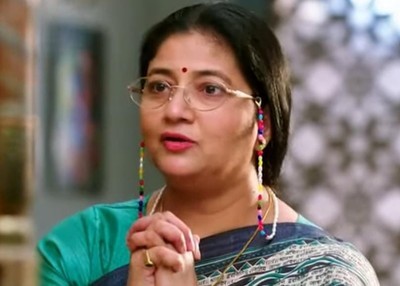 It is seen that Maitri has witnessed Pihu and Ram talking at the mall.

Though she hides this from Priya. she confesses it to Meera Maa who is living alone now.

Priya has broken all her ties with Meera and she is left alone guilty of lying to Ram and Priya.

Maitri is scared that if Priya learns Pihu has met Ram, she would get wild at her.

However, Meera is overjoyed knowing that Priya is in Mumbai with Pihu.

Though she cannot meet them as Priya has boycotted her, Meera prays for Priya and Ram's reunion.

Meera is guilty of breaking Priya's trust and married life as well but wants things to get settled for Priya and Ram.

Let us hope that a mother's blessing comes true and Ram and Priya get together again.