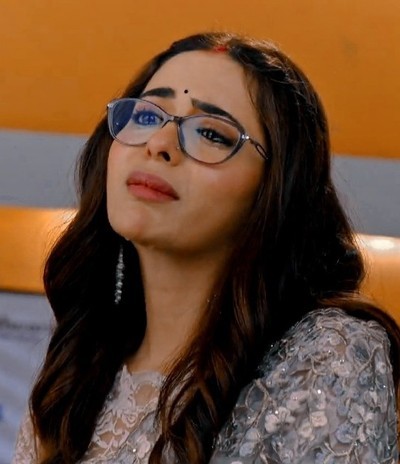 Colors' tv popular show Spy Bahu is all set to grab the viewer's attention with its spicy and dramatic storyline in the upcoming episodes.

As seen so far, Yohan and Sejal do the pooja and Yohan makes her wear the mangalsutra.

Later, the police officers find the seal of Nandha Industries on the weapons seized from the terrorists who attacked the hotel Chapel, they take Arun and Yohan into custody.

Now in the upcoming track, Sejal decides to unite the Nanda family and she goes to meet Shalini and Shael.

Sejal meets Shalini and Shael while they get furious at seeing her.

Sejal tells them that she is ready to start afresh and wants them to return to Nanda mansion.

Sejal says that she is ready to apologize and also forgive them for their past mistakes.

It will be highly interesting to see if Shalini and Shael will agree to go back to Nanda house with Sejal.

Will they be a good person leaving all their evil motives behind?