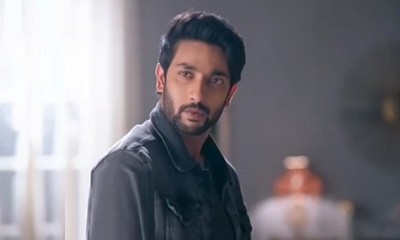 Star Plus Hindi TV serial Imlie is all set to see a high intensity drama and we don't want you to miss it.

Destiny brings Aryan to Imlie and the former finally succeeds in saving her life.

However, when Imlie exposes Jyoti's evilness before Aryan, the latter still don't believe her.

And so, happens a drastic face-off between Aryan and Imlie when the latter gives her final ultimatum that she will bring the evidence against Jyoti.

Jyoti is playing quite smart and so she once again proves Imlie wrong.

Angry Imlie confronts Aryan and gives him an ultimatum that she will only expose Jyoti.

However, will Imlie be able to collect evidence against her?

Let's see what happens next. Till then keep reading Serial Gossip for more updates and the latest news.

Imlie: Paralyzed Imlie hopes Aryan to save her

Imlie: Paralyzed Imlie hopes Aryan to save her Star Plus se...

Imlie: OHH NO! Jyoti’s dire attempt to kill Imlie In ...

Imlie: Imlie to swap new plan against Jyoti In the popular ...

Imlie: Jyoti falls into the next trap of Imlie

Imlie: Jyoti falls into the next trap of Imlie Finally, in ...