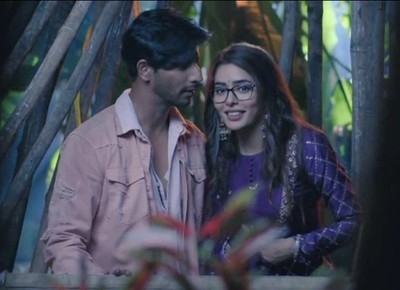 Colors' TV's popular show Spy Bahu is all set to grab the viewer's attention with its spicy and dramatic storyline in the upcoming episodes.

As seen so far, Yohan and Sejal are on a mission to find the whereabouts of a masked man, who spearheaded the Mumbai terror attacks.

The terrorists tell that the master asked them to check the guns.

Sejal and Yohan catch Mr. Shah and Yohan asks him who is the master man in the attack.

Meanwhile, Abhishek walks them and shoots Mr. Shah before he could reveal the truth.

This leaves Sejal and Yohan shocked while he manages to fool them with a lie.

Abhishek plans to get Sejal and Yohan out of his way

Farid further decides to kill Yohan and Sejal and points the gun at Yohan.

However, SK reaches there on time and walks towards Abhishek.

Now in the upcoming track, Arun will also be seen accepting Abhishek as his son-in-law and allowing him to stay in the house.

Will Sejal learn that Abhishek is Farid?