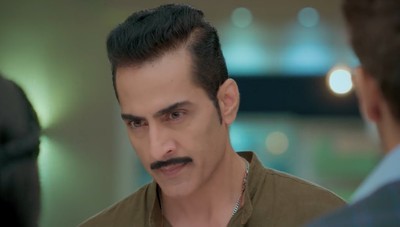 Anupama: Cold War! Anuj, Vanraj, and Ankush get into a heated argument

As seen so far, Anupama apologizes to Kinjal while Vanraj lashes at her asking her to keep her sorry to herself.

Anuj warns him to dare not to speak in that tone with Anupama while Vanraj fights to say what he will do then.

Ankush then warns him to behave with his brother and wife.

Anuj asks Vanraj to calm down saying that he can understand his situation.

Vanraj says he won't understand his state of mind and says that Anupama is now a rich bahu and she failed in her responsibility.

Anuj and Vanraj get into a fight

Anuj further gets angry and says that Anupama is his pride and he will not let anyone insult her.

Anuj then gets furious at Vanraj for creating an unnecessary fight when he didn't get any issue.