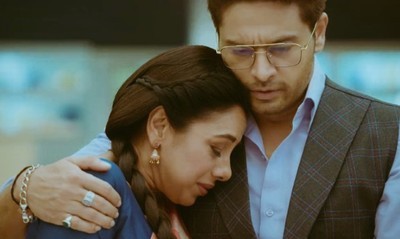 As seen so far, Barkha tells Anupama that Kinjal shouldn't have come here as she needs to be careful at this time.

Anupama says she is right but Kinjal came on her insistence.

Anuj agrees with Barkha saying that Anupama wouldn't have forgiven herself if something bad happened to Kinjal and Vanraj would have created more ruckus.

Anuj criticizes Vanraj which leaves Ankush and Barkha puzzled as they recall Anuj's kind behavior towards Vanraj during the housewarming party.

Barkha takes advantage of the situation to make Anuj against Anupama.

Barkha tells Anupama that Anuj is right and Vanraj should have not created unnecessary drama.

Anuj says Kinjal is their dear one but it's better if they drop her back home.

OMG! Will Barkha manage to create problems between Anuj and Anupama?