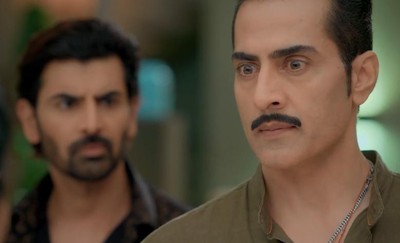 All we saw from day one of Star Plus serial Anupama is drama drama and more drama and loyal viewers got used to the same.

People are annoyed with the latest storyline leading to the fall in TRP of the show.

Hence makers of the show decides to spice up Vanraj's character once again to keep the show going on.

All we saw is Vanraj scolding Anupama and creating Huge Tamasha in the house in front of Kapadia.

Vanraj forgets his manners when he wants to blame Anupama and he just cannot stop and deny over this.

Anupama is with Vanraj and not Anuj

But Anuj does not like the same where every time Vanraj comes to show his true colors and ill mannered behavior.

Anupama supports Vanraj as his concern for Kinjal was genuine.

Will these differences amid Anuj and Anupama get sorted?