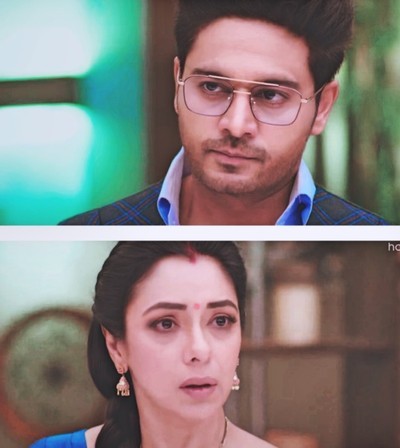 As seen so far, Anuj asks Anupama to stop defending Vanraj repeatedly and stay away from the Shah family for some time.

Anuj does not want Shah's to misuse her goodness while Anupama says she will not let the elder's fight affect her children's life.

Anupama further says that she is afraid that the clashes between him and Vanraj will distance her from her children.

Anupama to keep distance from Shah's?

Meanwhile, Barkha says that Vanrja is a big part of the Shah family Anupama's efforts to maintain the relations will lead to Vanraj's presence in their house.

Will Anupama distance herself from the Shah family?

What will happen next? What will Anupama do now?