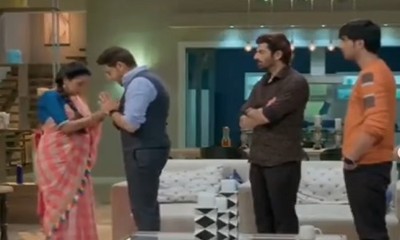 Star Plus serial Anupama is about to see a tough time in Anupama's life because of Anuj's shocking decision.

Vanraj reprimands his kids from visiting the Kapadia Sadan after Kinjal meets with an accident.

However, Kinjal stays back with Paritosh.

And now this leads to a whole new drama in the Kapadia House when Anuj compels Anupama to let Kinjal go and keep their family away from Shah and Vanraj's drama.

This much is not enough that Anuj for the first-time fights badly to Anupama over Vanraj.

Anupama into a tight spot

Now, this leads to another major crack in Anuj and Anupama's marriage.

Meanwhile, the real mastermind behind all this is Barkha.

Will Anuj and Anupama fail to understand Barkha's dirty game?

Let's see what happens next. Keep reading SerialGossip.com for more.