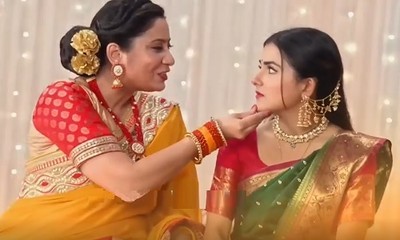 In the upcoming grand wedding of Mithai in the TV serial Mithai, a big drama is going to unfold and the credit for this goes to Girish Choubey.

So, Girish reconciled with Shubham only to use him to insult Mithai and oust her from their house.

Shubham and Mithai’s pre-wedding rituals begin and now a huge revelation is going to happen next about what actually Girish planned against Mithai.

In actuality, Girish convinced Shubham to marry Mithai so that in the wedding mandap, he refuses to marry her and leave her in the mandap.

However, will he succeed?

Let’s see how Sid will only become Mithai’s savior after Shubham and Girish’s disgusting ploy.

Till then, stay tuned to serialgossip.com for more.