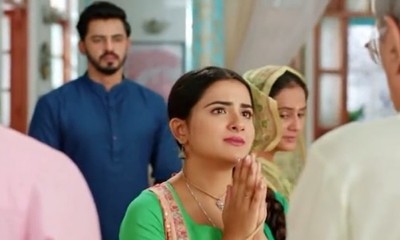 In the upcoming episode of the Zee TV serial Mithai, unfortunately, a shocking twist is going to happen and that is Mithai’s exit.

The story takes an intriguing U-turn when Mithai gets accused of stealing Aarti’s jewelry when in actuality Abha swapped it with the real piece.

Therefore, Mithai even gets the original piece in Abha’s room but when Abhishek requests her, she doesn’t reveal the truth.

Thus, a major confrontation happens when Mithai asks Siddharth to take the fake one to the jeweler and know who got it made.

However, when her innocence is proved, she shockingly decides to leave the Choubey house for once and all.

Where Sid and Mithai are destined to get married, will Mithai’s step ruin everything?

Will Dadu be able to stop her even after she gives her kasam?