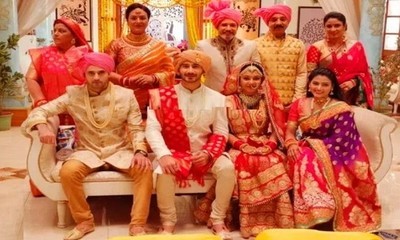 The popular Zee TV serial Mithai is about to see Sid and Mithai's prime story track.

Herein we have posted an exclusive glimpse from Rohan and Kirti's upcoming marriage track.

So, finally Rohan and Kirti are married and now you can expect Sid and Mithai's love in the upcoming next storyline.

And here, none other than Apeksha will jiggle their chemistry.

Apeksha tried her best to take Sid to Singapore and separate him from his family but unfortunately nothing works out and eventually her plans flops.

Now, Sid stays back in the Choubey Family after Rohan and Kirti's marriage.

So, let's see how from here on he will get closer to Mithai because of whom he saved his sister's life and also united her with her love.