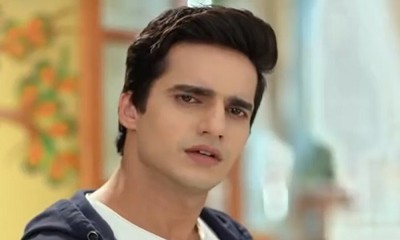 Mithai faces a drastic heartbreak when Girish and Shubham's truth comes out about how they planned to defame her in the wedding mandap by calling off the marriage at last minute.

Dadu and Sid feel disgusted with what Shubham and Girish planned against the innocent girl Mithai.

Wherein Dadu always insisted Mithai to marry in his family, now Mithai after facing so much finally decides to choose her self-respect and leave the Choubey house.

This time, even Dadu agrees with her and refuses to stop her back because he doesn't want to hurt her anymore.

However, in the last minute, Sid's one confession changes the whole storyline.

It was Sid's mother Aarti's last wish to make Mithai the daughter-in-law of the Choubey Family.

Thus, Sid stops Mithai from leaving the house and here a big shock to everyone, he announces that he will marry Mithai.

Now, it would be highly intensified to watch how Sid's marriage with Mithai will change the whole storyline.

Stay tuned with us at serialgossip.com to know what is going to happen next in the show.