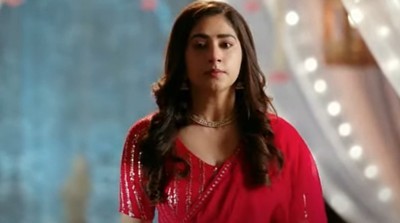 It is seen that at the party, Priya is about to slip and fall down but Ram saves her.

Further, Maitri who was with Priya also slips at the same spot but Shubham and Nandini hold her.

Thankfully, both are saved but Priya is left shocked seeing the spilled oil on the stairs.

Further ahead, Nandini blames Ram for his mud-drenched shoes for the slippery mattress.

This leaves Priya more suspicious of Nandini and her planning.

Priya thinks Nandini is taking revenge on her by hurting her sister and her.

Moreover, she also learns about Nandini faking her illness with the medicines that is thrown in the bin.

Now, Priya is highly tensed by Nandini's planning and plotting against Ram.

Priya is not going to let Ram become a victim to Nandini's emotional trap.

It will be interesting how Priya exposes Nandini and saves Ram from her clutches.