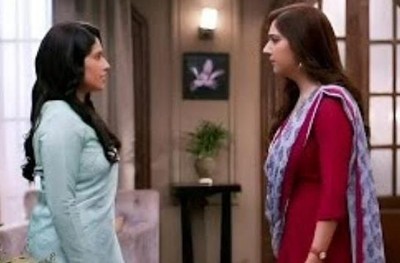 Sony TV's most liked show Bade Achhe Lagte Hai2 is up with interesting twists and drama.

Further, Priya realizes that Nandini is fit and fine and playing emotional game with Ram.

This leaves Priya highly disturbed and she is worried for Ram.

Unable to contain her anxiety, Priya reveals about Nandini's fake drama to Brinda.

Brinda is shocked and suggests Priya to reveal it to Ram but she denies as she does not have any proof.

Hearing this, Brinda teams up with Priya and promoises to expose Nandini in front of Ram with proof.

What will Brinda do now and will Ram believe her?