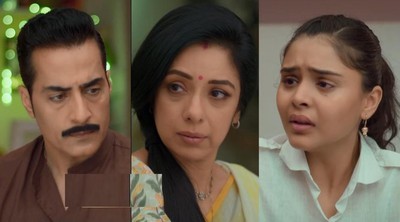 It was earlier seen that Pakhi turns the spoilt brat, actually, Pakhi is a spoilt brat and shameless and she proves it right this time.

Shockingly when Pakhi was going on insulting Anupama no one from the family like Vanraj Paritosh Baa bothered to stop Pakhi.

As they wanted Anupama out of their house and wanted to see her getting humiliated as always.

Pakhi cries on Vanraj's shoulder hopeful of support from him

Pakhi cries on Vanraj's shoulders and she wants to beg for an apology from Anupama.

Is Pakhi doing some drama or has she realised her mistake?