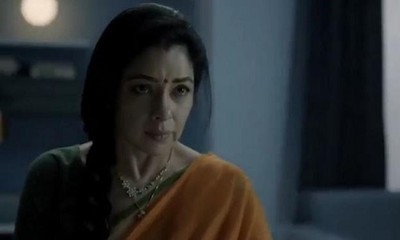 Star Plus Hindi TV serial Anupama is gearing up for some major twists and turns next in the upcoming storyline and we don't want you to skip it.

Anuj and Anupama happily enjoy the Raksha Bandhan celebration with the Shahs and the Kapadias.

However, the story takes a drastic troll when Anuj meets with a lethal car accident.

The challenges and hardships for Anupama intensify once again.

And now this time, the story takes an intriguing U-turn when Anuj doesn't survive wholly but become bedridden aka he suffers from lethal paralysis.

Thus, Anupama has to now handle everything alone and so her new struggle begins from here on.

Interestingly, here, Anupama is the very first going to replace the CEO post in the Kapadia Empire when this will change everything for her.

Anupama to fight back new enemies

Ankush and Barkha become advantageous to use Anuj's deteriorating state to take over the company.

However, Anupama doesn't let this happen.

And so, now it would be intriguing to watch how Anupama will fight back her enemies and how she will heal Anuj.