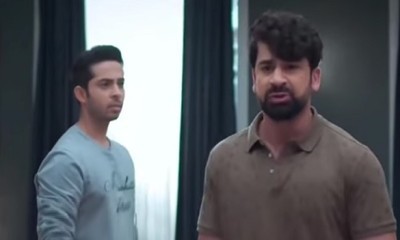 The upcoming intriguing drama in Star Plus serial Anupama will see Paritosh crossing the line once again.

Paritosh's betrayal comes unacceptable to Kinjal and she fails to live a normal life back again in the Shah House.

Thus, Vanraj and Kavya now take her to the Kapadia Mansion and here the Kapadias get shocked seeing Arya and Kinjal.

So, now when Kinjal chose to live with Anupama instead of her own mother Rakhi Dave,

Here this totally pisses off Paritosh.

Thus, Paritosh now gets so enraged that he picks up knife only to attempt suicide.

Kinjal into a deep dilemma

Paritosh can't bear the distance from his daughter Arya.

Therefore, shocking Samar, he takes the reckless move of harming himself.

Will Kinjal accept him back?

A lot of interesting and intriguing things are about to happen next, so stay tuned to get all the latest updates every minute at serialgossip.com