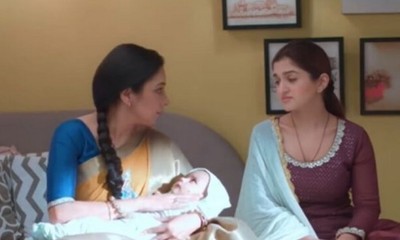 One of the most-watched TV serials Anupama is now going to see quite an intriguing U-turn in the upcoming storyline with Kinjal shifting to Kapadia Mansion.

The story from here on is going to spice up as now when Kinjal shifted with Anuj and Anupama,

Here Paritosh gets totally pissed off assuming now the great Anupama will break his marriage just like what she did with her marriage.

So, now when Paritosh and Kinjal are on the war front,

Further, you will see a new man entering in Kinjal and Arya’s life.

Anupama doesn’t want Kinjal to cut off with Paritosh but she also doesn’t want her to forgive him until he realizes his mistake and feels guilty.

So, now let’s see how the new man in Kinjal’s life will spice up the storyline.