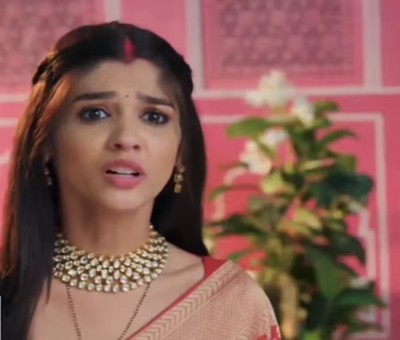 In Yeh Rishta Kya Kehlata Hai the show will atually take a good exam of the viewers patience level with the latest twist in the upcoming episode.

Akshara will actually be warned by the person who will have handed over the proof to Akshara regarding her innocence to make another copy of the same.

Akshara will hence reach Abhimanyu's house and demand Abhimanyu to eye the evidence that was kept by Akshara in Abhi's room.

Abhimanyu will disclaim that Akshara is telling a lie as Abhimanyu did not get any such evidence and letter.

This will astonish Akshara to the core as Akshara will actually know the actul culprits behind stealing the proof.

Akshara to give Abhimanyu the copy of the pendrive

Akshara will hence already know that this might happen as Aarohi was anyways behind Akshara and Abhimanyu's breakup since a long time.

The storyline will hence get all interesting as and when Akshara will handover the copy of the evidence to Abhimanyu.

Will Mahima and Aarohi now bring in a new evil story to separate Akshara and Abhimanyu even post knowing the entire truth?

Stay tuned with me to get some more logical gossips on Abhimanyu and Akshara.