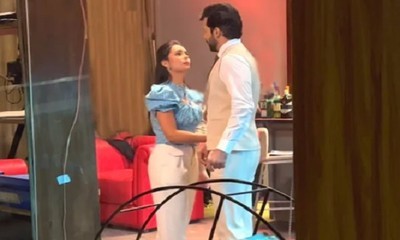 In the upcoming episode Zee TV serial Kundali Bhagya is about to see further Karan and Preeta's life taking a U-turn in an intriguing way.

So, right now, Arjun gets Anjali bail out only to focus on his next plan and that is to marry Preeta.

Therefore, now Karan makes his master plan to use Anjali against Rishabh and Preeta.

Anjali gets closer and friendlier to Rishabh only to create misunderstandings between him and Preeta.

While Karan is sure that his plan will work, his evil plan actually begins to succeed.

Rishabh and Preeta at odds

Moving forward in the show, now you will see Rishabh and Preeta getting on the odds over Arjun and Anjali's master plan.

Let's see how the turn of events will eventually make Preeta marry Karan.

Make sure to read the new updates and the latest news at serialgossip.com