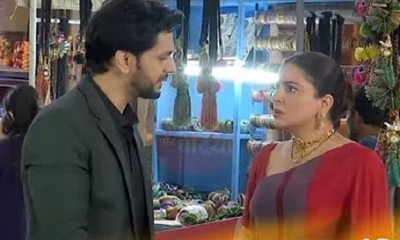 In the next twist in Zee TV serial Kundali Bhagya, now you will see Rishabh and Preeta's relationship facing a tough time.

Karan is determined to not give up but marry Preeta to get his fatherly right on Kavya.

While here destiny is hinting towards Karan and Preeta's marriage very soon,

At the same time, Anjali is connecting stronger with Rishabh.

Rishabh and Anjali on their way back home get stuck amid the storm.

Thus, this huge storm is what now hits Rishabh and Preeta's relationship to the end point.

Preeta to develop a bad misunderstanding

Moving next to the track, you will now see Preeta developing misunderstanding of Rishabh and Anjali's budding relationship.

Wherein Karan and Anjali are playing mind games to separate Rishabh and Preeta,

Let's see if they succeed or not. Stay tuned with us at Serial Gossip for more.