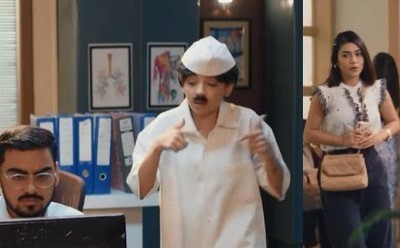 It seems Rishita gets on her work where she wants to find out who has done the mess with the reports of Raavi.

Hence without even wasting much time Rishita reaches the hospital to investigate the case.

When Rishita talks to one doctor and he manipulates her and thus she calls up Dhara.

Dhara informs Rishita about two doctors being present and hence Rishita takes a disguise and reaches the control room.

Rishita gets help from Dhara to understand the matter

Rishita gets the CCTV footage where she finds Shweta behind everything.

Rishita is all set to take the evidence and expose her before the entire Pandya family.

Pandya Store: Rishita catches the Farzi doctor game over for...