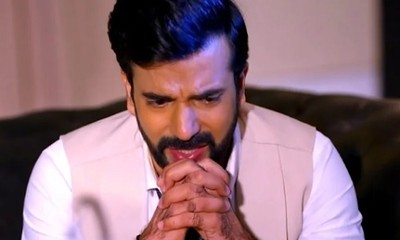 ZEE top TV serial Kundali Bhagya is all set to see further a major dilemma coming forth to Rishabh.

Recently it is seen how Anjali forces herself on Rishabh and tries her best to get intimate with him.

Though Rishabh doesn’t give in, unfortunately, poor he feels guilty about whatever happened between him and Anjali.

Therefore, now when he gets in a dilemma to either tell the truth to Preeta or not,

Here new trouble strikes him badly when Anjali suddenly frames him for trying to molest her.

Thus, this puts Rishabh in a tight spot as Preeta even gets upset with him.

Rishabh to cut off with Preeta

Anjali is revengeful at how Kareena got her arrested for Rishabh’s accident.

So, now let’s see what happens next in the show and how Preeta reacts to this news.

Will Preeta defend Rishabh or their trustworthy relationship get shaken?