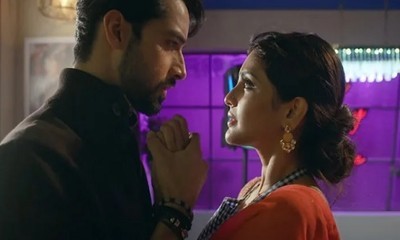 In the latest story of Imlie TV serial, now you will see Atharva and Imlie’s closeness increasing like never before.

Atharva goes really mad at how Peter insults Imlie calling her servant while the family stands silent at it.

Though Akash compels him to stay quiet or they will lose the deal,

Eventually, this foreign investor Peter only becomes a reason behind how for the first time Atharva gets close to Imlie and even fights for her dignity.

Atharv and Imlie to impress Peter

Interestingly, here Atharva pulls Imlie closer and scolds her for staying quiet and not taking a stand for herself.

Though Imlie here convinces him to stay silent for the sake of the business deal,

So, let’s see how Atharva stands for Imlie and how they eventually impress Peter and Leena with their lovely husband-and-wife relationship and values.