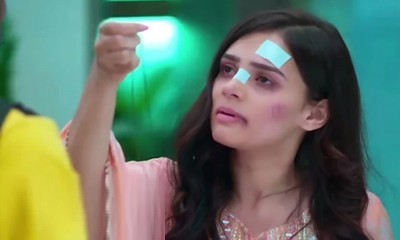 In the latest upcoming story of Star Plus serial Anupama, now you will see a whole new track of Dimple’s struggle after falling victim to rape.

Poor Dimple hasn’t yet overcome the horrifying incident of her life and now Nirmit decides to cut off all relations with her.

Though Anuj and Anupama try their best to stop him from leaving Dimple, unfortunately, nothing works.

And here Dimple comes forth taking a bold stand for herself as she refuses to beg before Nirmit to stay with her because she don’t need any man to fight for her dignity.

Therefore, Dimple herself cuts off ties with Nirmit.

So, Nirmit chooses to leave Dimple instead of fighting for her and taking stand for her.

Let’s see how Samar will become a new change in her lonely and shattered life.