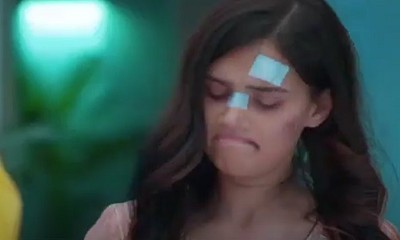 The prime-time Hindi serial Anupama is gearing up for some new challenges in Anupama's life.

In the recent episodes, we see how Anuj and Anupama try their best to save Dimple from the evil molests but eventually fail.

Poor Dimple falls victim to rape but eventually gathers the courage to face the world and that's what makes Anupama emotional.

Meanwhile, when Nirmit breaks up with her and Anupama tries to stop him,

Here Dimple actually refuses to beg before him because she is enough to fight for herself and don't need any man for it.

Therefore, when Anupama accepts Dimple as her own daughter,

Here Samar plays a pivotal role next in Dimple's life.

Moving on, you will see Samar and Dimple's first meeting as soon as the former visits Anupama.

Wherein Samar recognizes Dimple as he already saw her during his video call with Anupama,

Here the twist in the tale comes up when Anupama and Samar join hands and decide to protect Dimple from the upcoming storms and help her move on in her life.

However, will this be so easy for Anuj, Anupama, and Samar to take good care of Dimple who suffered so much in just one day?

Anupamaa: Kavya kicked out of Pakhi’s house Star Plus...