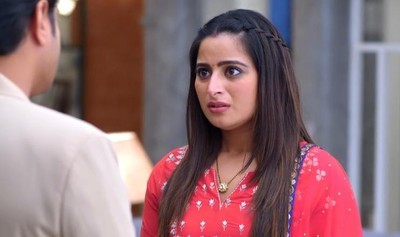 It seems Virat was much adamant to get Savi admitted in Vinayak's school.

Where now Virat wants Vinayak to go to Savi's school as she is much more intelligent.

Sayi has taken Savi's admission in Virat's old school where he had studied.

Hearing this Virat feels much overwhelmed with Sayi's decision taken.

Virat gets much angry on Patralekha

Hence he comes back to Chavhan Niwas and he wants VInu to go to the same school where Savi is going.

Virat is much angry on Pakhi and wants to change her decision.

Will Pakhi agree and change her decision?