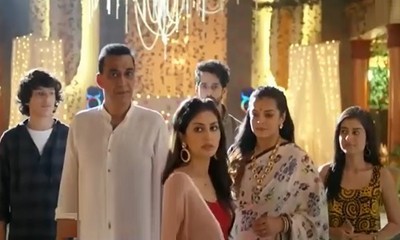 Finally, in the upcoming episode of Star Plus Hindi TV serial Imlie, Cheeni’s game is going to end.

Recently, we see how Atharva takes a strong stand for Imlie and slams, Peter, for insulting his wife.

Atharva and Imlie’s ideal husband-and-wife relationship erases all the insecurity and hatred between Peter and Leena and the duos thank Imlie.

And now when Imlie and Atharva’s closeness is growing,

Here Cheeni decides to play her next dirty game and stand the family against Imlie.

Moving on, Imlie gets taken aback at how Cheeni’s one mistake could have harmed the family.

Thus, when Rudra calls doctors and nurses to take Cheeni away for her better treatment,

And thus when Imlie ousts Cheeni and sends her out of the Rana Mansion,

Will Imlie be able to stand with family or face any new trouble?

Imlie: Imlie tries to make Atharv understand the need of the...