Anupama: Reputation at Stake along with Business Anuj loses all (Upcoming Story) 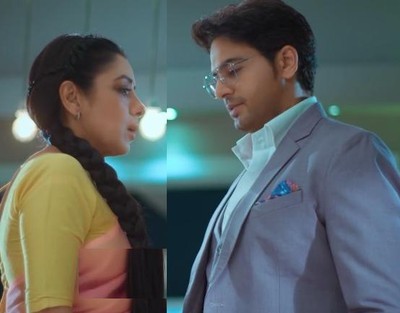 It seems Adhik makes some mistake in the project where he goofs up all and the project is turned down.

Further it is seen that other officers in Anuj's office too makes big mistake due to which there is back to back loss in Kapadia EMpire.

Anuj loses all the project and his reputation is at stake.

Anuj is much disturbed where Anupama makes a decision

Anupama gets worried where she feels due to family conflicts and disputes Anuj is unable to concentrate at work and hence now she decides to keep him at bay.

While Anuj gets all the more disturbed when Anupama fails to notice Choti Anu and their school work.