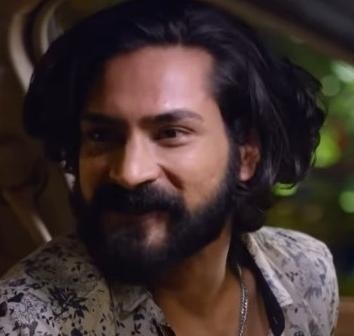 Zee TV's popular and most liked show Bhagyalaxmi is gearing up for high action and drama.

As seen, Kamli is pregnant with Balwinder's child but he is not ready to marry her.

On the contrary, he threatens her to leave the city and not reveal about their relationship to anyone.

However, Kamli pleads help from Laxmi confessing the truth to her.

Here, Laxmi plots a masterplan and swipes herself with kamli in the mandap.

But as Balwinder is about ot marry Kamli assuming her to be Laxmi, he realizes the truth.

Balwinder in a fix

Balwinder gets wild and tries to escape from the marriage but Laxmi comes with police.

Further, the police warns Balwinder to either marry Kamli and accept the child or go to jail.

Seieng he is trapped, Balwinder gets anxious unable to decide and tries to escape.

However, police catches him and warns him to take a decision.

Will Balwinder marry Kamli and settle the matter?

Stay tuned to serialgossip.com to know how will the show shape up further.

Bhagyalaxmi: Rishi bursts out at Neelam for badmouthing Laxm...

Bhagyalaxmi: OMG! Laxmi and Balwinder all set to take pheras

Bhagyalaxmi: What! Neelam's bribe Chachi to get Laxmi married away

Bhagyalaxmi: Rishi rethinks his decision realizing his love for Laxmi

Bhagyalaxmi: Rishi in huge dilemma feeling 'in love with Lax...

Bhagyalaxmi: What! Who kidnapped Laxmi from her mandap?

Bhagyalaxmi: What! Will Rishi and Laxmi elope and get married?

Bhagyalaxmi: Oh No! Laxmi becomes bride once again but for Balwinder

Bhagyalaxmi: Will Rishi be able to stop Laxmi and Balwinder's marriage?