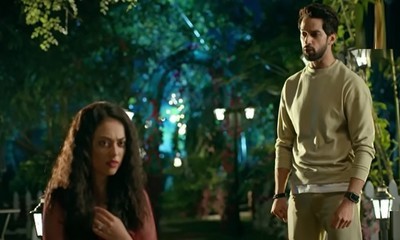 The next major track in Star Plus serial Imlie will see Cheeni playing her dirty mind game.

Cheeni is not ready to lose Atharva at any cost and thus she finds a new disgusting way to manipulate him.

Herein the big twist unfolds next when she goes out of the house and intentionally doesn't receive any call.

Therefore, she manipulates Atharva into believing that Abhishek yells at her, scolds her, and even hurts her.

Wherein she acts hurt before Atharva and even proves him that Abhishek is a real toxic,

Now once again Atharva gets influenced.

Imlie into a major dilemma

Imlie is closer to the truth that Cheeni is the reason behind the fire in Rathore Mansion.

However, when Cheeni proves to Imlie that Atharva still loves her while the latter only wants to move on in his life,

Let's see if Imlie gives a chance to Atharva for explanation or not.