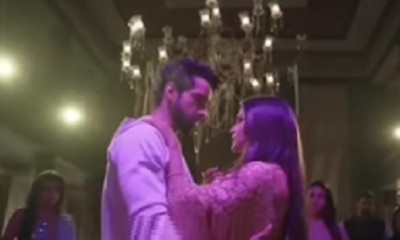 Imlie Latest News: Atharva says I LOVE YOU to Imlie

In the daily soap opera Imlie, now you will see a major turning point and the most awaited twist in Atharva and Imlie's life.

Atharva gets tensed thinking about what Cheeni said to Imlie that made the latter upset in the Haldi function.

Though Imlie doesn't want to reveal the truth, in the end when Atharva acts impulsive talking about how he is getting irritated with Cheeni's behavior, now the truth comes out.

At the same time, now it's enough of Atharva's mixed emotions for Imlie.

Therefore, the moment of reality comes forth when finally in the Sangeet ceremony, Atharva says I Love You to Imlie surprising her to the core.

Atharva is now sure that he is destined to be with Imlie and in the process he has fallen in true love with her.

So, overwhelming the latter to the core, Atharva finally confesses his love to her and asks her to accept his love.

However, will Imlie say yes to Atharva?

Let's see what happens next in the storyline and how Atharva and Imlie's love story spices up.