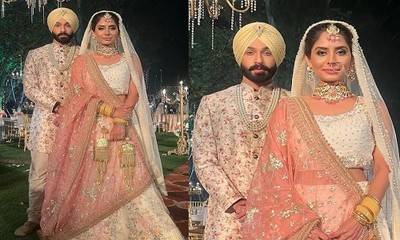 Star Plus Hindi popular serial Teri Meri Doriyaan is all set to see a major turning point next in the upcoming storyline.

The current episode witnesses how Seerat manipulates Angad and impresses her saying Sahiba’s intelligent answers to his questions.

Though Seerat is cleverly fooling Angad and the Brar family,

Now the major twist unfolds when Garry enters the frame to spice Angad and Seerat’s this upcoming grand wedding.

However, the prime twist will comes in the wedding mandap when Garry will play his big game because he can’t let Angad have whatever he wants.

So, Make sure to read serialgossip.com for the new updates to know what happens next.

Teri Meri Doriyaan: Not Seerat but Sahiba to be Angad's wife

Teri Meri Doriyaan: Not Seerat but Sahiba to be Angad's wife...

Teri Meri Doriyaan: Seerat's this act of innocence to lure A...