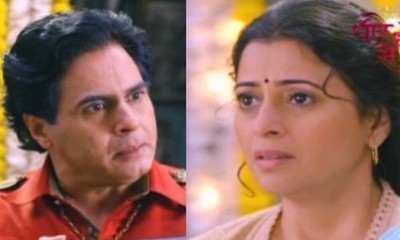 In the upcoming major drama in the Shashtri and Srivastava family in the TV serial Dheere Dheere Sem you will see Raghav and Bhanu coming face to face.

Raghav is irked at how Bhanu is giving a hard time to Bhavna while the latter is trying her best to manage everything.

Now, when Bhavna gets more time for Barsati case just because of Gaurav and Raghav’s trick,

The story next witnesses a huge drama when Amit hurts Aarav during the cracker burst and thus this boils Raghav’s anger.

Raghav and Bhanu are at loggerheads

Moving ahead in the story, Raghav and Bhanu get into a deadly fist fight over Aarav getting hurt.

While Bhavna and Raghav just started to bond,

Let’s see how this fight will worse everything.

When Bhavna stands for Bhanu and insults Raghav, let’s see if the latter understands her helplessness or turns negative against her.

Will Raghav help Bhavna in winning the Barsati case?