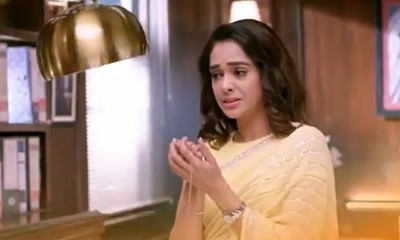 In the daily soap opera Kumkum Bhagya, now you will see a major turning point with Ranbir and Prachi getting closer.

It is seen how Panchi's death separates Ranbir and Prachi as they blame each other for losing her.

Now after 6 years, when Ranbir has moved on in his life,

Here the twist in the tale unfolds next in when Prachi is shown as a big businesswoman who is a top financer.

So, when everyone was expecting that Prachi might suffer memory loss after the leap because she met an accident,

Interestingly, this isn't what happened.

Instead, Prachi remembers everything and even has her belongings.

Prachi and Khushi's face off

So, next in the storyline, you will see Prachi and Khushi having their face off.

The duos don't know each other's identity but let's see how the birthmark in Khushi's feet will make Prachi find out that she is only her real daughter.

A lot of interesting and intriguing things are about to happen next, so stay tuned to get all the latest updates every minute at serialgossip.com