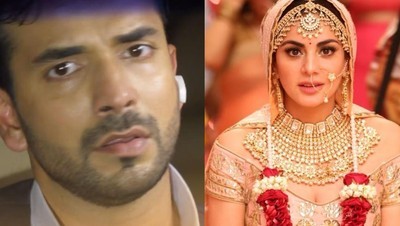 ZEE TV popular serial Kundali Bhagya is showcasing multiple twist and turn in the life of Karan Preeta and Rishabh.

It is seen that Arjun wants Preeta to marry him where Preeta agrees to marry Karan knowing that fact that Arjun is her Karan.

Karan and Preeta love each other a lot and their love is everlasting but they had to get separated due to their enemies.

Now Preeta agrees to marry Arjun and Rakhi knows the truth where she is also much happy.

Further ahead in the show Arjun asks Preeta to divorce Rishabh in a couple of days so that they can marry each other without any hurdle.

Rishabh refuses to divorce Preeta loves her since beginning

Rishabh used to love Preeta since the very beginning but he never confessed his feelings to her.

Now on the divorce day we will get to see huge twist in the storyline as Rishabh confesses his love for Preeta.

Will Rishabh agree to divorce Preeta for Arjun?