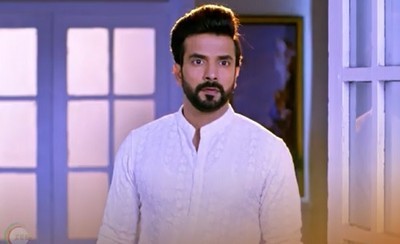 Karan attempts to snatch the Luthra House when Preeta stops him.

Now, Karan puts forth a shocking condition that if Preeta marries him then he will spare the Luthra House.

And now the big twist happens when Karan asks Preeta to complete the divorce formalities of her and Rishabh and unfortunately, the latter hears everything.

Thus, fearing of losing both Preeta and Kavya hits Rishabh so hard that he swears to stop Karan aka Arjun at any cost.

Big shock for Preeta next in

Right now, Preeta is stuck between both Rishabh and Karan.

So, let's see what happens next in the show and how Rishabh ruthlessly halts Karan and Preeta's wedding.

For all the latest news and updates, stay tuned with serialgossip.com