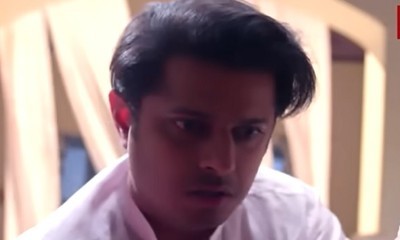 Patralekha gets overwhelmed by Vinu’s thoughtful gift for her and after he wins the competition, the latter throws a celebration party for him.

Now, the story takes a major U-turn next in with Pakhi finally finding out Vinu’s real identity.

Moving on in the story, Pakhi decides to not let Sayi take Vinu away from her at any cost.

And this brings a huge turning point when Pakhi shockingly takes the gun and attempts to kill Sayi but then she threatens to kill herself dead if Sayi takes Vinu away.

Therefore, everything gets worse and now Virat has to either save Sayi or sacrifice Pakhi because the duos get into a fight with the gun.

Sayi and Pakhi’s life to end

Further in the story, Virat and Sayi try their hard to snatch the gun from Pakhi but the gun gets shot and unfortunately, one of them takes her last breathe.

So, let’s see whom Virat will lose this time.

And if Sayi will really die after suffering her whole life?