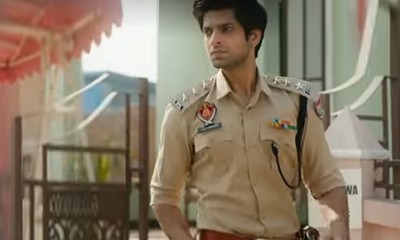 The story spices up with Shamsher's such step and now moving on in the story, Nehmat is not ready to bear all this drama just for the family's political image.

And here the situation gets worse when Shamsher now asks Ekam and Nehmat to announce miscarriage news to the media.

Thus, for the first time, Nehmat's anger bursts out on Shamsher and she yells at him for playing with her emotions just for the sake of his politics.

So, Nehmat is surely bearing the pain and sufferings,

However, Ekam is not ready to let this drama continue.

Thus, he recklessly leaves the house after seeing the news only to take Advait on the radar.

The next you will see Ekam and Advait having their drastic face-off over Nehmat's pregnancy news.

While Ekam believes that Nehmat's fake pregnancy conspiracy is plotted by Advait and Shamsher,

Let's see what big step he takes next and if Nehmat will defend her family instead of agreeing with Advait.