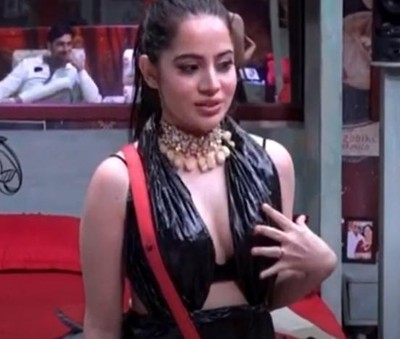 Bigg Boss contestants are leaving no stones unturned to keep the audience entertained.

All the nominated contestants are putting all their efforts to impress the audience.

Meanwhile, Urfi Javed who is famous for her DIY videos is trending for her talent in the Bigg Boss house.

Urfi created a beautiful dress with the help of a garbage bag.

Urfi is seen giving a tough competition to the contestants in the house with her talent.

Bigg Boss OTT contestants got to save themselves from the nomination task and Urfi is seen modeling in the Bigg Boss house with her garbage costume.

We must say Urfi's performance is definitely Over The Top and she also kissed Neha Bhasin.

Urfi gets praised by the contestants for her talent. Did Urfi entertain you?

Will, Urfi be saved from the nominations?