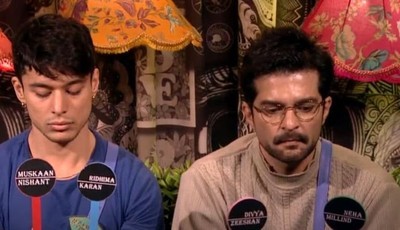 Zeeshan Khan has changed his connection Urfi Javed and has selected Divya Agarwal as his new connection.

Meanwhile, Urfi gets nominated and Divya gets saved in this week's nomination.

Further, the nominated contestants for this week are Urfi Javed, Shamita-Karan, and Nishant-Muskaan.

Now Bigg Boss has announced a new task for the contestants in the house.

Bigg Boss calls Pratik Sehajpal and Raqesh Bapat into the confession room and makes them the leaders of the new task.

Bigg Boss asks Pratik and Raqesh to choose 2 jodi's each.

The team is formed and it will be interesting to see which team wins the task.

Which team are you supporting?