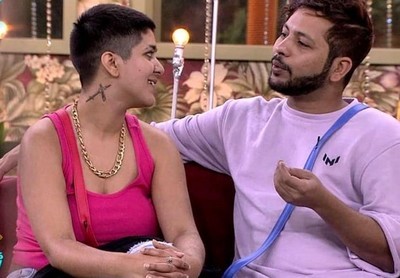 In the previous update, we have informed about Nishant Bhatt and Muskaan Jattana saving them from this week's nomination and getting nominated next week.

Meanwhile, the nominated contestants in the house were Urfi Javed, Shamita, and Raqesh Bapat.

Divya and Zeeshan, Ridhima, and Karan get saved from the nominations.

However, Bigg Boss brings up another shocker for the contestants with a new nomination twist.

The nomination twist is that the audience gets to choose who will fail in the nomination among the saved contestants that is Divya-Zeeshan or Ridhima-Karan or Nishant-Muskaan.

Urfi and two other connections get nominated

According to the audience votes, Nishant Bhatt and Muskaan Jattana get nominated.

Eventually, this week's nominated contestants are Shamita-Raqesh, Nishant-Muskaan, and Urfi.

Who do you think will be evicted from the house this week?