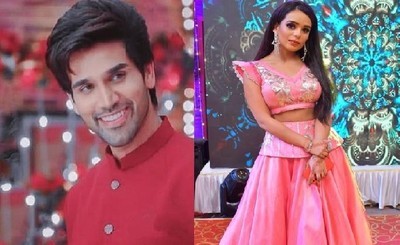 YHC: Altamash Faraz and Sonal Vengurlekar to quit the show?

Star Plus's popular show Yeh Hai Chahatein has never failed to impress its audience with its interesting twists and turns.

The current track of the show revolves around Armaan manipulating Anvi against Rudra and Preesha so that the wedding stops but all his attempts go in vain.

On the other hand, Sania also uses her golden chance to manipulate Anvi.

There are some rumors coming out about Altamash Faraz and Sonal Vengurlekar leaving the show who play the role of Armaan and Sania in the show.

Meanwhile the director of the show has confirmed that the track of Armaan and Sania is not ending.

Altamash and Sonal to continue the show

It's unclear if there will be further changes to the cast or not, but it doesn't look like Altamash Faraz and Sonal Vengurlekar are leaving the show.

In the upcoming episode, Armaan and Sania will be seen planning to stop the wedding of Preesha and Rudraksh with a big twist.

Are you enjoying watching Armaan and Sania as the villain?

Yeh Hai Chahatein: Armaan's on a mission to postpone the wedding

Yeh Hai Chahatein: Armaan's on a mission to postpone the wed...

YHC: Rudraksh makes his rocking entry during the sangeet ceremony