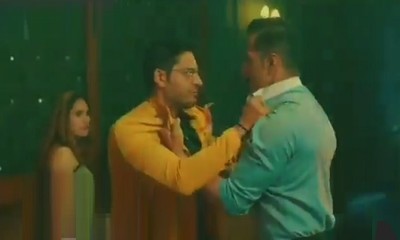 Star plus TV serial Anupama is looking forward to major fight between Anuj and Vanraj in the upcoming track.

As per the current storyline, Vanraj and Kavya join Anuj and Anupama for the pub party.

And here when Anuj coughs due to choke and Anupama pats his back,

Vanraj takes this as a wrong sign and thus begins to question Anupama’s character.

This leads to a drastic argument when Vanraj even badmouths Anupama’s relationship with Anuj and this is when Anuj loses his cool.

Anuj gets so triggered that he grabs Vanraj from his collage and beats him for badmouthing his and Anupama’s relation.

This time Vanraj really crossed the line and we fear if this will cost Vanraj himself.