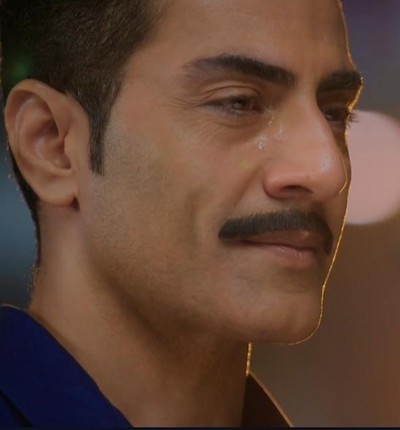 Since its debut, the serial 'Anupamaa,' starring Rupali Ganguly in the lead character and actor Sudhanshu Pandey opposite her, has dominated the TRP rankings.

Sudhanshu Pandey brilliantly slayed in his role as Vanraj Shah in the show and we all love to hate Vanraj.

After the entry of Gaurav Khanna fans have fallen in love with the chemistry of Anupama and Anuj in the show.

Fans can't get enough of the couple's adorable chemistry and can't wait to see a loving story of the duo.

In a recent interview, Sudhanshu Pandey spoke about being the hero of the show.

He said, My character Vanraj Shah was the hero of the show and will remain the hero.”

Vanraj Shah has been shown as the most selfish, dapper and egoistic man who can see nobody beyond him.

One of the most important factors in a husband-wife relationship is ‘respect’ and Vanraj is someone who feels ashamed to respect his wife.

While Anuj Kapadia is completely the opposite of Vanraj – a kind-hearted, feminist man.

It seems that the fans of the show are not happy with Vanraj Shah getting treated as a hero of the show.

What are your thoughts about Vanraj Shah?

Drop down your views in the comment section below.