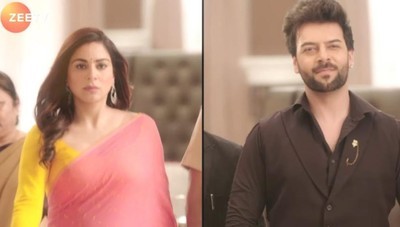 Zee tv's longest-running show Kundali Bhagya is about to showcase some high-octane drama ahead.

It was earlier seen that Preeta gets arrested and Karan learns about it.

Prithvi plans to kill Preeta and he promises to transfer money to the hired police.

Preeta overhears the conversation she senses the danger and gets cautious.

Karan gets into a heated argument with Prithvi and he believes that Preeta has come to save them.

Karan decides to save Preeta while she falls into big danger.

Prithvi welcomes his special guests at the house while Preeta makes a grand entry at the party which will shock Prithvi.

Woah! Great isn't it? How did Preeta save herself?