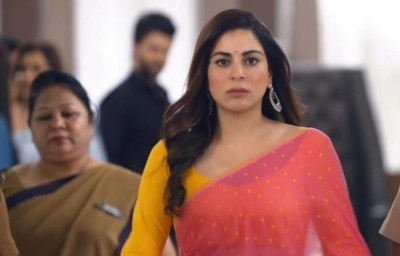 It was earlier seen that Preeta scares Nagre and Prithvi showing her power.

Nagre and Prithvi come up with a plan to trap Preeta.

In the upcoming episode, Preeta asks Prithvi to get out of the house.

Nagre holds Preeta to anger her and she pushes him away and he gets hurt as per their plan.

Prithvi lashes at Preeta for hurting his lawyer while Preeta says that she was just making him step back.

Prithvi calls the police and they arrive to get her arrested on the charges of attempt to murder.

Preeta defends saying that Nagre was trying to touch her so she moved him away.

Preeta agrees to go to court and prove that she is innocent.