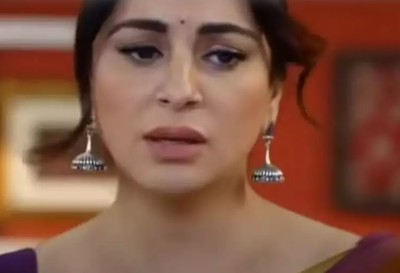 Zee tv's popular show Kundali Bhagya is leaving no stones unturned in the upcoming track with some major twists.

Nagre reveals that Preeta is the owner of Luthra's house and he tears the papers apart shocking everyone.

Nagre laughs saying he knows who she was and tells that she should regret giving the original papers to him.

Prithvi, Sherlyn, and Nagre feel relieved of getting rid of the original documents while Preeta says that he should have not torn them.

Preeta reveals that the papers he tore were just a photocopy of the original.

Karan, Rakhi, and Sameer heave a sigh of relief knowing it and Preeta asks Girish to get the papers.

Prithvi tears them as well but Preeta fools him again as those were also the photocopy.

Nagre warns Preeta to leave the house in 24 hours and reveals that if she fails to do so he will send a goon named Munna Pandey to kill her.

OMG! What will Preeta do now?